Carbon Ion Therapy: a brief discussion of the pros and cons of the technology coming soon to the US

Written by  Carly Showalter  on
Jul 8, 2020
The use of heavy ions, such as carbon, in radiation therapy has seen a recent rise in interest due to potential dose deposition and radiobiological advantages compared to photon based therapy. Despite carbon ion therapy having been discovered in the United States in the 1970s, it’s been absent in North America since then. Only in November of 2019 did Mayo Clinic announce their plans to build a facility with Hitachi Limited of Japan. The Jacksonville, Florida facility will feature a proton center as well, with the carbon ion portion planned to open sometime after 2025. The integrated oncology center will allow for carbon ion therapy research, including multi-modality treatment trials.

As in proton therapy, carbon ions demonstrate the Bragg peak phenomenon in tissue, with a majority of their energy being deposited at depth. This is especially advantageous in reducing the dose given to normal tissue beyond the tumor volume. Carbon ion beams also have a smaller lateral penumbra, which helps to limit dose to the surrounding tissue when compared to a typical photon beam.

An advantage of carbon ion therapy is that its typical fractionation schemes involve hypofractionation, allowing for shorter courses of radiation therapy. For patients, fewer fractions means less travel and lower opportunity costs of treatment. For departments, courses become more efficient, allowing for increased throughput. Clinical trials have found that the overall treatment time could be significantly reduced with acceptable toxicities.

From the radiobiological perspective, carbon ions confer a number of benefits:

These factors aid in the treatment of tumors that are typically identified as radioresistant. These combined radiobiological advantages result in more cell killing within the tumor and hence more tumor control. With higher RBE and LET, carbon ions increase cell killing compared to photon therapy to maximize tumor control while decreasing toxicity to normal tissue. 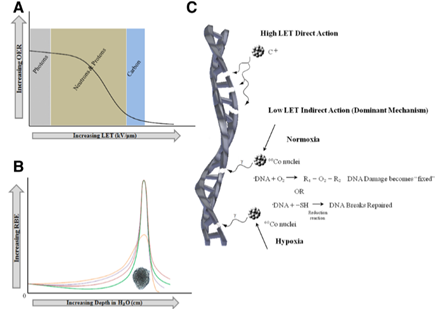 Clinical research has begun to reinforce the potential benefits of carbon ion therapy. In a trial for patients with bone and soft tissue sarcomas, good local tumor control was achieved, even in large and unresectable tumors. The boon here is that this subset of patients may not tolerate surgery or not qualify for surgery due to tumor size. At one year post-treatment, the local control rate was 88% and at three years, 71%. It was also found in these patients that there were relatively high survival rates: 82% at one year and 46% at three years post-treatment. In a different study involving bulky sacral chordoma tumors, results showed an 86% local control rate at five years and an overall survival rate of 88% at five years. 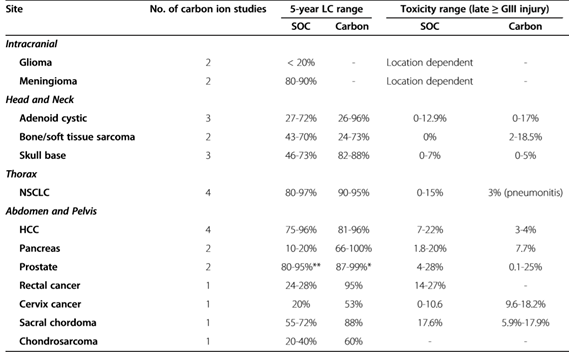 Despite the clear benefits of heavy-ion therapy, radiation therapy with carbon ions requires complex equipment, a synchrotron, and additional shielding. Building and maintaining the equipment needed is extremely expensive, approximately twice the cost of a proton facility, a drawback that has prevented investment in this treatment modality to date. So while carbon ion therapy has been shown in prospective trials and clinical outcomes to be effective for certain tumor types, there is still legitimate debate on the role it will play in the future of radiation therapy given the high barrier of entry and ongoing operation costs. With cost barriers for constructing new carbon ion facilities, there have been very few clinical trials that provide valuable clinical information for treatment options.

Carbon ion therapy is receiving recent attention for its potential role in cancer care. If ongoing clinical trials continue to show clinical benefit, it is possible that this technique will continue to gain traction, perhaps even within the United States. However, in spite of positive outcomes, the efficacy of carbon ion therapy must be such that the benefits outweigh the associated costs of construction, implementation, and maintenance of the technology. 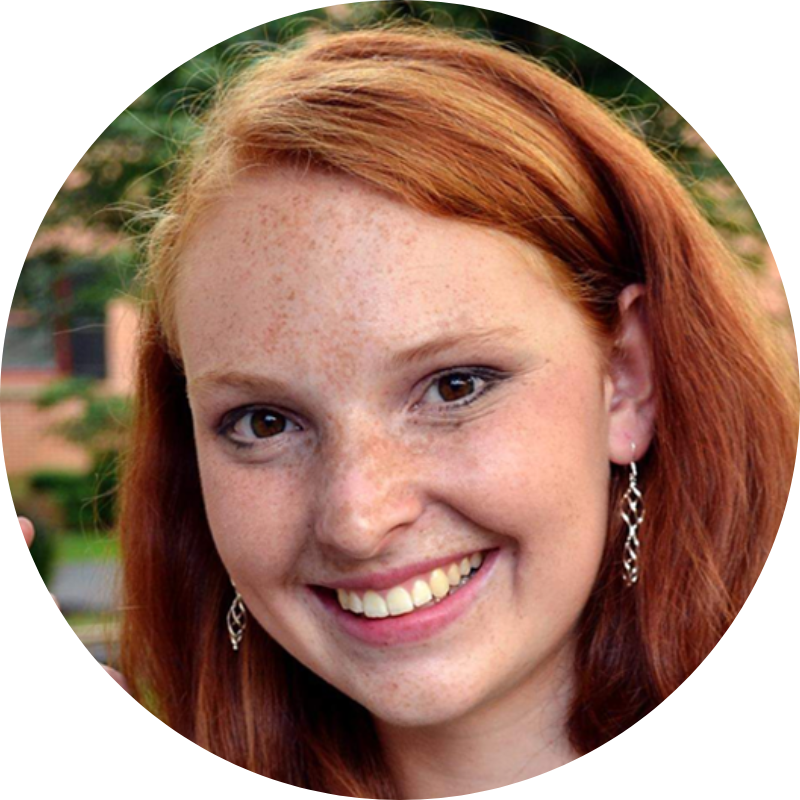 We’re taking a look at the abscopal effect, an antitumor effect at a location in the body distant to a radiation treatment site.