Implementing TG-263: What to Expect

Written by  Austin Skinner  on
Dec 9, 2021
Published in early 2018, the report from AAPM Task Group 263 focuses on the standardization of nomenclatures in radiation oncology. The standardization of nomenclatures of targets, normal tissue structures, and treatment planning concepts and metrics not only stands to improve safety and quality assurance efforts but also (and perhaps more importantly) enables a streamlined collection of data for research and clinical trials. TG-263 provided nomenclature guidelines via standardizing:

What to Expect When Adopting Recommendations

Adopting TG-263’s nomenclatures and metrics provides the opportunity to improve patient safety, increase workflow efficiency, and elevate clinical trials. But persuading the radiation oncology community as a whole to transform their clinical practices implies several challenges at the clinical staff level, for departments large and small, and vendors as well. To successfully incorporate the task group report recommendations, all of these challenges must be addressed. The purpose of this blog is to provide a cursory overview of the task group and offer some tips and tricks to help overcome these challenges.

For starters, the task group itself does a fantastic job laying out the recommendations for departments and vendors alike. The problematic aspect is putting in the work to create templates and actually implement the protocol itself. To this end—among others—the task group formed an official Twitter account (@AAPM_TG263U1) to promote adoption. Tips and tricks regarding adoption are posted regularly, along with discussion regarding the task group (and the occasional meme as well.)

When asked about major pitfalls and potential remedies, the team behind the Twitter account added, “In my experience, the biggest issue is getting buy-in from the entire clinical team to use TG-263. It does take extra time and effort to create templates, educate staff, and then take on the extra effort to ensure that it is being used correctly. As for a remedy, having a strong champion is critical. This person can motivate everyone on why this is important (safety, efficiency, big data, etc.) to hopefully get everyone on board to support the effort. Once that is done, it’s really just upkeep! We are working on making more templates available to try to ease the transition.” These templates can be found on the AAPM’s Radiation Oncology Nomenclature Resource Page, along with some other useful documents relevant to the task group’s implementation.

What Does the Community Have to Say?

So what does the radiation oncology community at large think when asked about TG-263? In a recent survey distributed to the Medphys listserv, 55% of respondents indicated that they have implemented or plan to implement the task group protocol. Approximately 8% of the responders stated that they have partially implemented the protocol through standardizing names as much as possible independently. Perhaps more interesting were the factors perceived as preventing clinics from adopting the TG-263 protocol. From the responses, there are three primary schools of thought as to why the protocol has not gained traction at their clinics.

Time is perhaps the most valuable commodity in a radiation oncology clinic. The normal day-to-day workload is enough for most, and embarking on any task group’s recommendations, let alone those from TG-263, is not a simple endeavor from a resources point of view. The easiest way to reduce the time to any single individual working on the project is to share the load across a team. This has its own challenges, which leads me to the next issue.

Taking TG-263 recommendations operational affects everyone on the radiation oncology team. As for the reasons the protocol has not been successful for some departments, survey responses seem to indicate a lack of cooperation across the group’s parties, primarily physician colleagues. Physicians have to be on board and cooperative for standardization to work. One respondent noted that “Physicians do not want to change the way they name structures and targets, and physicians often differ in their nomenclature amongst themselves. The implementation has to be a team effort, including physicians, dosimetrists, therapists, and physicists for it to be successful.”

No two clinics are created equal. Each department has a unique ecosystem with its own needs. That being said, standardization of nomenclature in smaller clinics is a tougher sell. The benefit to large sites is standardization, which eases issues with physicians naming things inconsistently across the institution. In addition, larger institutions are more likely to be involved in larger-scope trials involving sharing of data sets. There is a feeling that for smaller sites, even single physician sites, that the fewer moving parts create a sense of standardization automatically, even if the standardization is local and not compatible with outside guidance.

Overall, there are a lot of opinions on TG-263, and this survey shows it. If you are interested in the survey results, you can check them out (along with our other surveys) here. 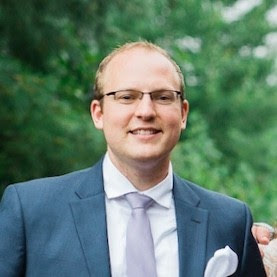 The most valuable asset for anyone embarking with TG-263 is the perspective of someone who has experienced it firsthand. I had the opportunity to speak with Peter Taylor, M.S., about his experience in implementing the TG-263 Protocol throughout Northwell’s centers in the greater New York area.

Q: How far into the process are you at Northwell?
A: I would estimate that we are 75% implemented in external beam RT at Northwell.

Q: What would you say is the most challenging aspect of the TG-263?
A: Two things come to mind; the first is buy-in, particularly from some physicians who are used to putting in their own structures. The second would be updating our treatment directives between two different R&V systems.

Q: What advice would you give to someone pushing to incorporate TG-263 guidelines at their clinic?
A: Make sure that you have buy-in from leadership. The change in nomenclature, although seemingly minor, can affect the overall workflow, and some individuals may be hesitant to adopt.

Q: Would you do things differently if restarting the process today?
A: I don’t think so. I’m happy that we tested out most of the recommendations – some of them did not work in our clinic, but overall the implementation has been successful.

Q: To what degree did you utilize the recommendations included in TG-263?
A: We found most of the recommendations useful; however, some of the naming conventions felt forced. In some cases, we adopted the TG-263 Reverse Order Name in lieu of the Primary Name (e.g., the primary name is “Spc_Bowel,” however in the clinic we have adopted, “Bowel_Spc”). We also experimented with relative dose levels for target volumes (e.g., PTV_High, PTV_Mid, PTV_Low). We found two issues with this set of nomenclature, one, at peer review, particularly for Head and Neck cases where a simultaneous integrated boost (SIB) is being used. It was not immediately evident what the prescription dose was in those cases. The second issue was the lack of sorting in the TPS. As a department, we are used to seeing OARs in alphabetical order and target volumes in increasing or decreasing dose. With the relative dose nomenclature we were not able to see our PTVs in the order we were used to.

Few task groups require the marriage of cooperation from both vendors and users quite like TG-263 does. It does not matter how much time and effort clinics put into standardizing their nomenclature if the products and systems they use do not support the changes. Luckily, the task group addresses this unique aspect and provides recommendations to vendors specifically. From our side, Radformation is designing products that are TG-263 friendly. In a previous blog post, we addressed how ClearCheck templates can work hand-in-hand with recommendations outlined in TG-263, along with an AutoContour Quick Start Guide to help users get off the ground with renaming templates for automatically generated structures.

As a whole, I believe that eventually implementing TG-263’s protocol will become easier and more applicable for most sites. The potential that standardization brings to routine workflows and clinical trials is great and isn’t going anywhere. As a whole, my advice for someone looking to incorporate TG-263 standardization at their clinic is to communicate as much as possible with those who are affected by it and have conversations with them regularly. This will be much easier if it is a team effort and can provide some value to your clinic once complete.

Austin interns with Radformation as a medical physics MS student at Hofstra University, and graduated in May 2022. His focuses at Radformation included marketing, blogging, and working on case studies. His interests include cooking and reading, as well as the occasional round of golf.

The process by which medical physics students apply to residency programs can be a bit overwhelming. So much emphasis is placed on getting a...

An overview of the recently published AAPM TG-198: An implementation guide for TG-142 quality assurance of medical accelerators.