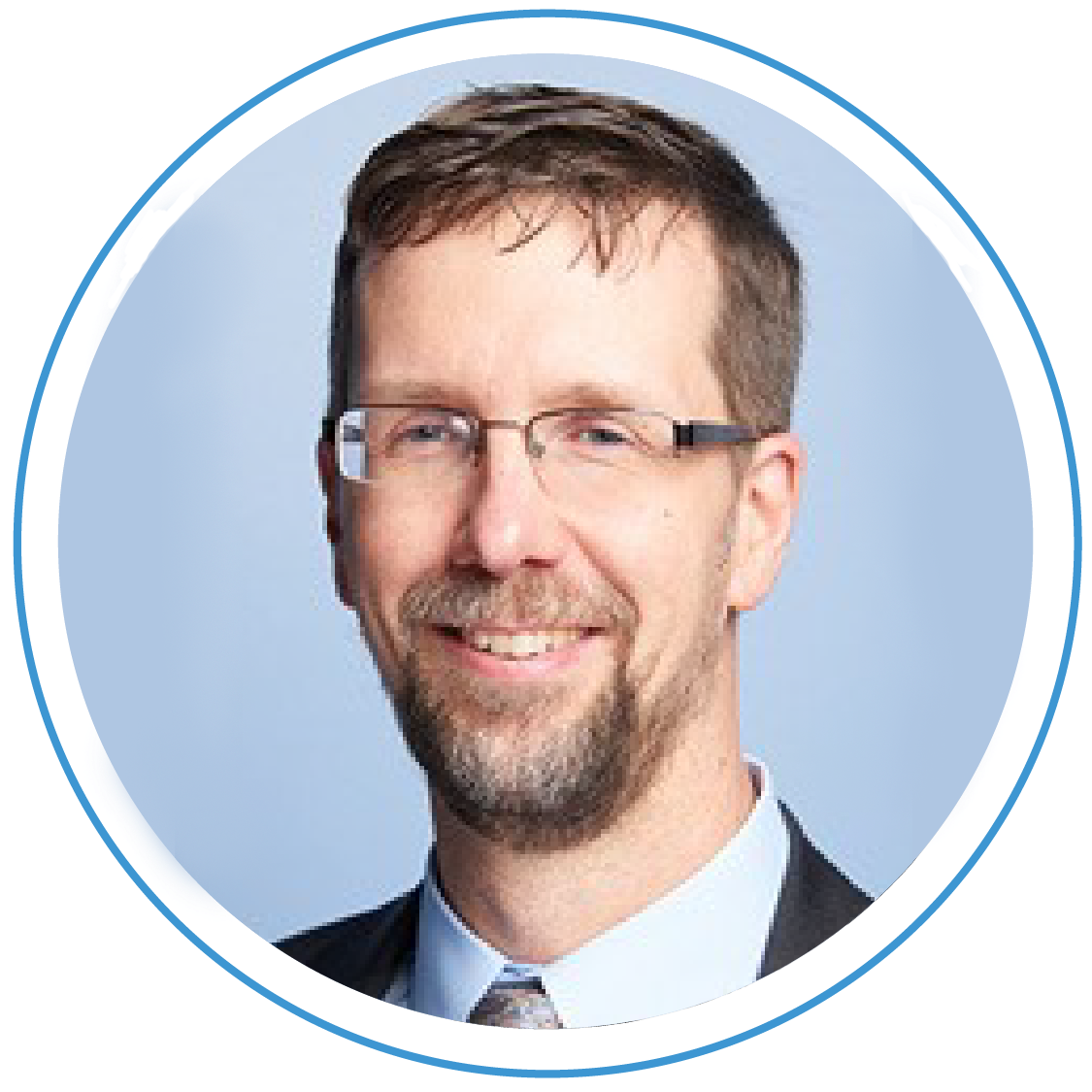 “Safety and quality is not a problem that you solve and then it’s done. With other research tasks, at some point it eventually comes to an end. The work is done. Quality of care and safety work will never stop, there’s an infinite need for it. You can never have 100% complete effective quality of care, and there is always a gap that you’re trying to close.”

In this edition of The Focal Spot, I interview Eric Ford, PhD. Eric is Professor and Interim Director of Medical Physics at the University of Washington. Eric is chair of AAPM Task Group 275, which recently published its report on effective techniques for physics plan checks. He is a fellow of the AAPM and dedicates his time to a number of AAPM committees. In our discussion, Eric describes his transition to medical physics, discusses contributions to safety and quality improvement as well as international outreach, and reveals his future as a bread maker.

Tyler: Before getting into medical physics you studied at MIT. Can you tell me about your educational trajectory?

Eric: I studied physics. I was attracted to physics for many reasons, one of which was that you didn’t need to memorize things, but also out of pure fascination for the subject. I finished my undergrad, but didn’t really know what I wanted to do, so I did what most people in that position do, I went to grad school. I did a postdoc in astrophysics after I finished my PhD. A year or two into my postdoc I realized there was a world around me and I wanted to engage with it in some way.

Tyler: That’s an interesting pivot from academia in astrophysics to medical physics. With the time you had invested, you had a large sunk cost in this astrophysics career. Detail that for me…

Eric: If I had been older, the sunk cost maybe would’ve felt more painful, but at 26 or 27 it seemed like an adventure. I became interested in the applications of things. I wanted to apply what I knew to healthcare and I was sucked into medical physics in a way that felt right.

Tyler: These were the days before certificates and mandatory residencies. Did you end up doing a residency or did you just do clinical training?

Eric: It was the Sloan-Kettering hybrid program, and it involved a couple of years of research followed by 6 months of clinical shadowing. It involved a lot of on-the-job training, sitting late at night or early in the morning with Johns and Cunningham. It was less structured than what we have now. I want residents now to not have to repeat the very steep learning curve that I experienced.

Tyler: I’m fascinated watching from the sidelines as program directors change curricula and add new elements as our field evolves, refining the residency and continuing to make it better.

Eric: Our residency program is evolving. We have a safety and quality rotation that I’m proud of, a proton therapy rotation, an international rotation for exposure on global oncology. We even have residents shadow physicians.

Tyler: The international experience is really important as the rest of the world catches up to advances in radiation therapy. The United States plays a large role there.

Eric: People talk about an undersupply of equipment, brachytherapy afterloaders, linear accelerators, treatment planning systems, CT scanners, and all that’s true. But even more of a problem is the lack of medical physicists. When you look at medical physics staffing, the need is shocking, and it’s harder to scale up because you can’t order a medical physicist from Varian or Elekta. How do you get medical physicists there?

Tyler: Is there an AAPM committee that’s working on it?

Eric: The AAPM is actually restructuring its committees related to global health as an initiative from the president right now, Saiful Huq. At the moment, I’m PI of an NCI grant to develop low-cost, high efficiency IMRT using compensators. A lot of time and effort is going into this project, and we’re trying to build up the educational program that goes along with it.

Tyler: Is this your next big project?

Eric: The need is just so acute. It’s a difficult problem too, as it’s multi-dimensional and interdisciplinary cancer care that is needed. We have one concrete project for device development, which is good, but it’s hard to know what to do next. I’ve never been good at predicting the future, and definitely not my own.

Tyler: Do you devote all of your time to this or do you work clinically as well?

Eric: I’m basically a third split, I’m a third in the clinic, a third on research, and a third on admin, and then a third on education. I realize that doesn’t add up to one, but that’s my life.

Tyler: What is it you still love about being a physicist?

Eric: It’s about the patients honestly, and the contributions we can make. I know that might be cliché or cheesy, but I spend a lot of time thinking about that. I find it satisfying to influence and improve quality of care.

Tyler: What else do you think is another trend continuing or starting in medical physics?

Eric: I think the obvious one is automation and the developments from that. That’s what I see that will have a huge impact. I don’t know how that will change our role, though I’m hoping it will reduce the time we spend doing tasks below our licenses. We are capable of contributing so much more, but we are spending time doing routine work, in my own experience and from what I’ve seen. Automation would allow us to do less of that and contribute more to other areas.

Tyler: Professionally, is this where you want to be? What’s your future look like?

Eric: That’s a good question. I mean I’m interested in some kind of policy thing maybe. One thing I want to learn is how to make a really good baguette. If I was able to learn that then I may have embraced my final destiny. But I really like medical physics; I feel very content with that in the professional realm.

Tyler: What happens when you go home? What do you like to do outside of work?

Eric: I play a lot with my kids and do some crazy things with them. We do everything from skiing to attempting to play soccer, where I always manage to get beat, badly. We also swim laps at the pool and ride bikes—any physical activity is the theme. Although I’m not much of a sports person, I’ve gotten sucked into it.

Tyler: Did you not do a lot of sports as a kid?

Eric: Let me put it this way, I was the tallest kid in junior high, and I was not picked for the basketball team even as a back-up.

Tyler: How is the ABR online longitudinal assessment going for you?

Eric: I’m going to be honest with you, I find it kind of fun actually. I know that sounds twisted.

Tyler: Girl Scout cookies are everywhere at the moment. Do you have a favorite?

Tyler: Do you listen to podcasts?

Eric: I don’t listen to many, but I do enjoy one called Terrible, Thanks for Asking. It’s worth listening to. She interviews people and talks to them about some of the most difficult and tragic situations in their lives. It’s so dark and difficult yet somehow, it’s optimistic.

Tyler: Do you have any hidden talents?

It’s clear that Eric is a physicist with many talents, some of which have greatly impacted the field of medical physics and some that simply ensure he starts his day on time. Eric has long been a proponent of safety and quality, the effects of which are evident in the safety culture present in radiation oncology departments throughout the country. I’ll be very interested to see how our role in the global conversation evolves as a result of the work he described, and of course we’ll have to follow up with Eric later for a progress update on his quest to perfect the baguette! Let us know what you think of the interview!
Want to listen in on the conversation? Here’s a short clip from the interview with Eric:
Radformation · Eric Ford Interview—The Focal Spot 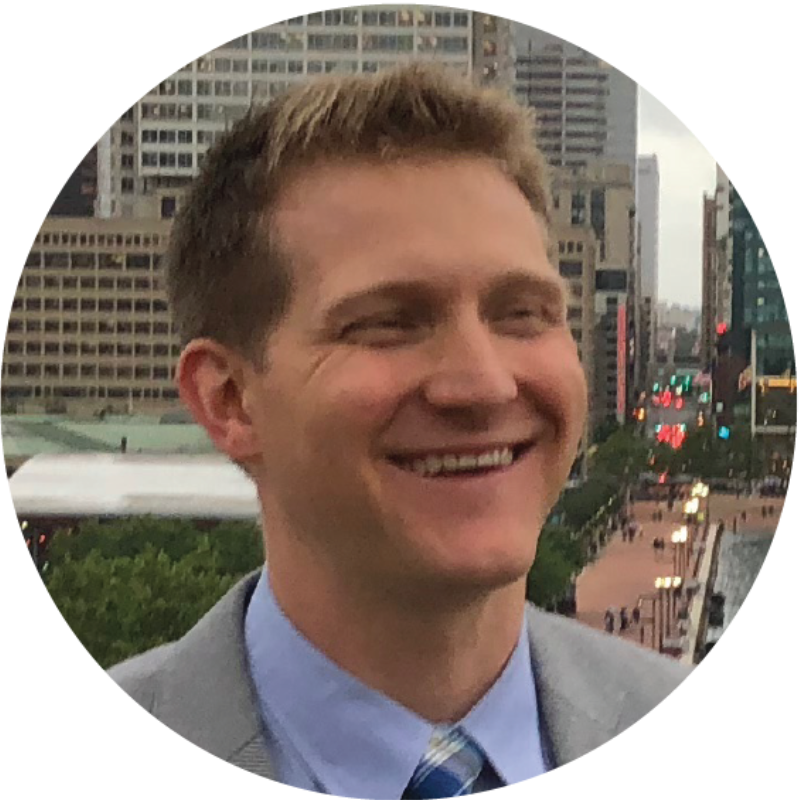 In this edition of the Focal Spot, Tyler Blackwell interviews Bas Raaymakers, PhD.

In this edition of the Focal Spot, Tyler Blackwell interviews Julianne Pollard-Larkin, PhD.